If you've been wondering why you're so unlucky, maybe it's because you haven't been following the New Year's Day tradition like everyone else in the world.  So, if you want your luck to change in 2011, you better grab the black-eyed peas and make some Hoppin' John! 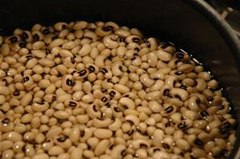 I can't sum its symbolism better than Wikipedia:

Throughout the coastal South, eating Hoppin' John on New Year's Day is thought to bring a prosperous year filled with luck.  The peas are symbolic of pennies or coins, and a coin is sometimes added to the pot or left under the dinner bowls.  Collard greens, mustard greens, turnip greens, chard, kale, etc., along with this dish are supposed to also add to the wealth since they are the color of money.  On the day after New Year's Day, leftover "Hoppin' John" is called "Skippin' Jenny," and further demonstrates one's frugality, bringing a hope for an even better chance of prosperity in the New Year.  During the late Middle Ages, there was a tradition of eating beans on New Year's Day for good luck in parts of France and Spain.  The European tradition mixed with an African food item to become a New World tradition. 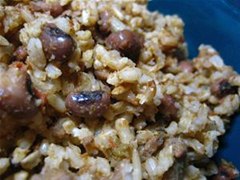 One tradition common in the Southern USA is that each person at the meal should leave three peas on their plate to assure that the New Year will be filled with Luck, Fortune and Romance.  Another tradition holds that counting the number of peas in a serving predicts the amount of luck (or wealth) that the diner will have in the coming year.

So, if it's luck and money you want in 2011, Betty's Kitchen can show you how to get it, with Betty's own version Hoppin' John, which has been designed it to meet the requirements of the traditional dish, yet taste wonderful!

Enjoy!  The Hoppin' John recipe is detailed below the video. 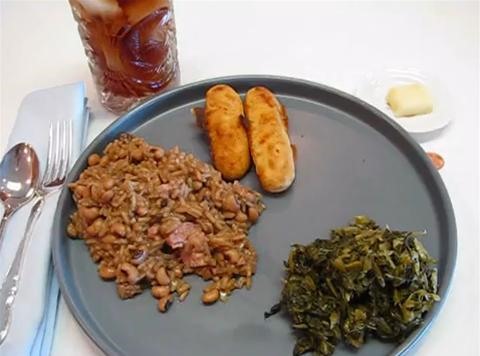 If you're looking for a different recipe, check out all of the black-eyed peas recipes on WonderHowTo.

Want to master Microsoft Excel and take your work-from-home job prospects to the next level? Jump-start your career with our Premium A-to-Z Microsoft Excel Training Bundle from the new Gadget Hacks Shop and get lifetime access to more than 40 hours of Basic to Advanced instruction on functions, formula, tools, and more.

Other worthwhile deals to check out:

Join the Next Reality AR Community

Get the latest in AR — delivered straight to your inbox.

I just don't know about putting canned ham into this dish. In fact, if I were making it, I'd use either fresh, frozen, or dry black eyed peas, and use real sliced ham, or if you can get a good, meaty ham hock (hard to find), or use thick sliced bacon for the flavoring.